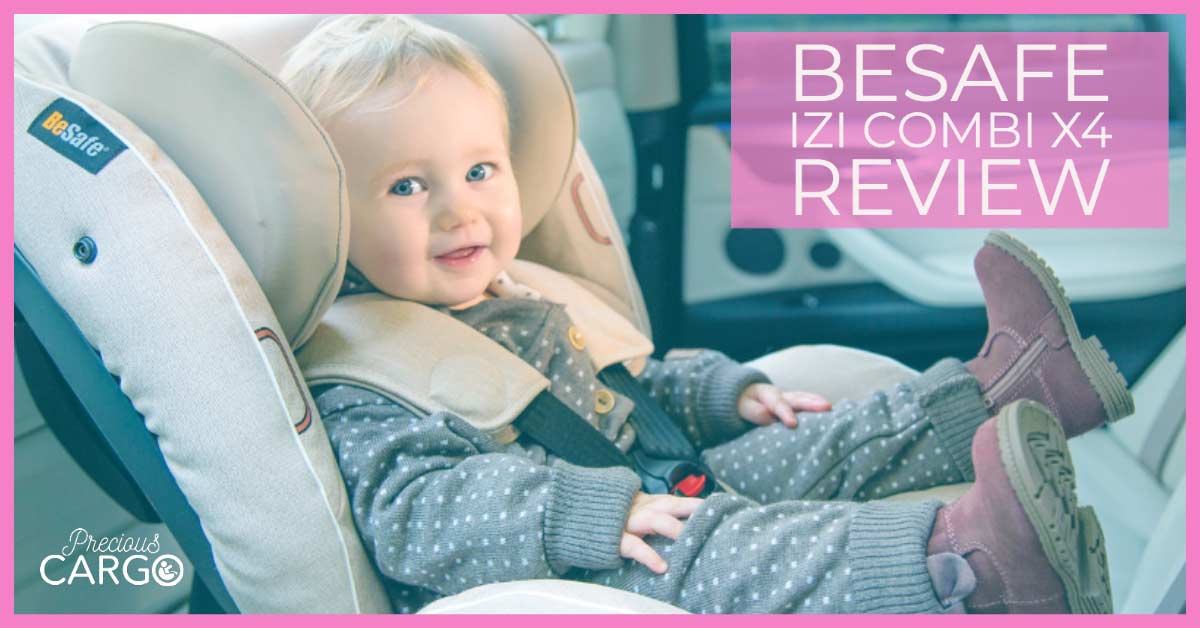 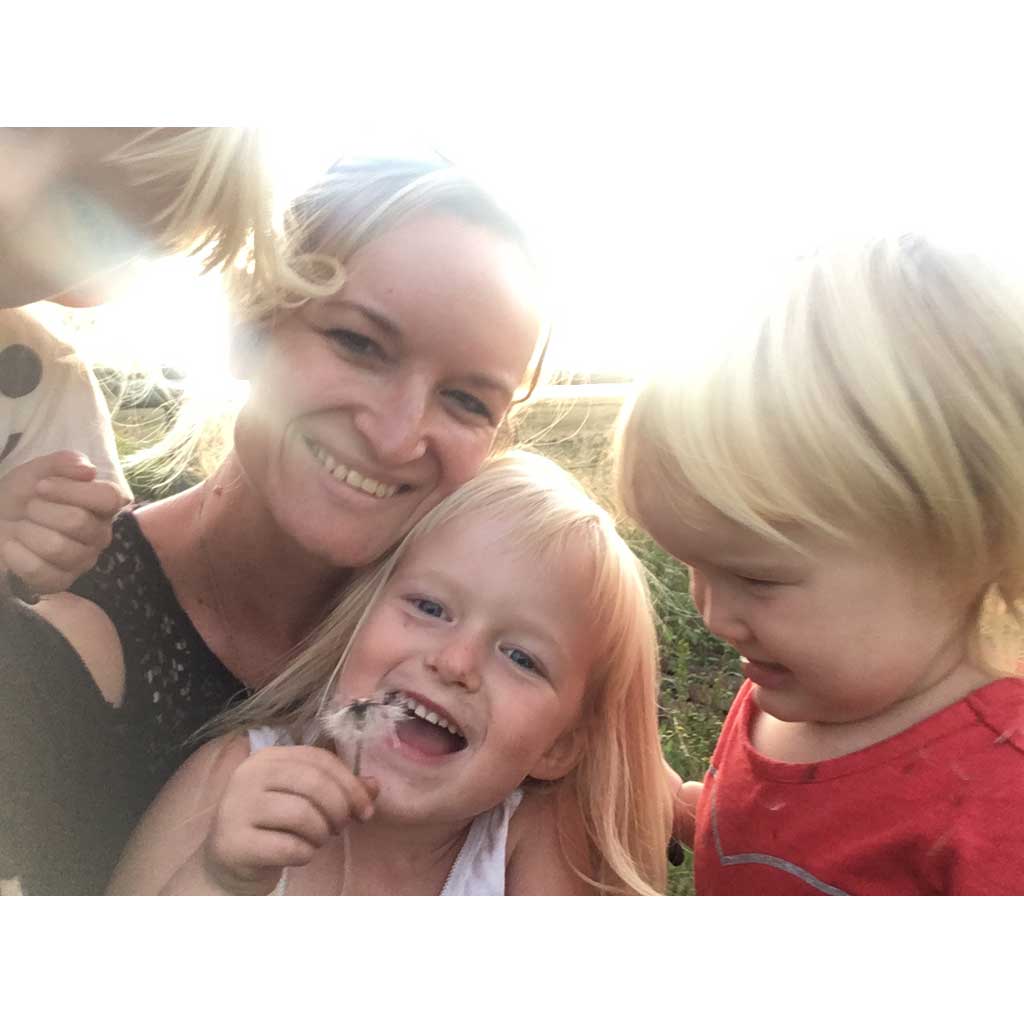 In this review, I will be discussing the safety and comfort features of the BeSafe iZi Combi, as well as its practicalities. The BeSafe iZi Combi X4 is a comfortable, well-padded car seat with ample, adjustable legroom for your child. It is versatile in that it can be used rear facing with isofix or forward facing with seatbelt. It is a rather heavy car seat, so is cumbersome to move between cars if you need to do this often.

PRO'S AND CONS OF THE BESAFE IZI COMBI

WHAT ARE THE WEIGHT AND HEIGHT LIMITS OF THE BESAFE IZI COMBI X4?

The BeSafe Izi Combi is approved from 6 months to 18kg in rear facing or 9 to 18kg forward facing. The height limits are approximately 61 to 105cm. This usually lasts average-sized children until they are 4 years old. It is safest for children to rear face as long as possible, and the IZi Combi does allow extended rear facing until approximately 4 years.

WHAT ARE THE SAFETY FEATURES OF THE BESAFE IZI COMBI? It is now essentially the same seat as the test winning iZi Kid X2 i-Size when installed rear facing, offering maximum protection, highest comfort and usability. The only difference between the two seats is that the iZi Combi X4 ISOfix can also be installed forward facing (with seatbelt), if necessary, whereas the iZi Kid is rear facing only.

We recommend that children travel rear facing for as long as possible, at least until the age of four. It must be noted that the iZi Combi has not been independently crash tested in forward facing. WHAT ARE THE COMFORT FEATURES OF THE BESAFE IZI COMBI? The BeSafe iZi Combi has 3-recline settings to offer maximum comfort to your little one, especially during naps.

It has a high base, which allows children to see out the windows more easily, to hopefully reduce motion sickness and boredom too! It has the added bonus of adjustable legroom for the child, giving up to 10cm of legroom in rear facing as your child grows.

This is a huge advantage to keep kids comfortable in rear facing for as long as possible. It is also very convenient to have the option to make the car seat more compact to fit in smaller vehicles or to give tall parents more legroom.

All BeSafe car seats have magnets in the harness in order to keep it out the way while putting your child in. It also has ventilation holes in the backrest, to keep your child cool.

HOW IS THE BESAFE IZI COMBI INSTALLED?

For parents who want to have the option to forward face just in case rear facing does not work out, it can be used forward facing too. It installs with isofix in rear facing, or the vehicle’s 3-point seatbelt for forward facing. It is attached to its base, which makes it rather heavy (almost 15kg) to move between cars.

HOW TO INSTALL THE IZI COMBI X4 IN REAR FACING:

When installing with isofix, it is a bit more tricky than other isofix car seats, as the isofix arms sometimes bounce back before they have latched onto the isofix brackets. However, Besafe do provide isofix covers to prevent this from happening. As with all other extended rear facing isofix car seats, the support leg must be dropped to the floor of the vehicle until the indicator turns green.

It has the additional steps of cranking out the anti-rebound bar. This not only allows you to give your child more legroom as they grow but more importantly, it secures the car seat very firmly.

See the video below on how to install the BeSafe Izi Combi:

HOW TO INSTALL THE BESAFE IZI COMBI X4 IN FORWARD FACING: This seat is not easily switched from rear facing to forward facing. In forward facing, the seat needs to be completely uninstalled, the anti-rebound bar must be removed, the forward facing wedge must be clipped on and the support leg must be folded up.

It must then be installed with the vehicle’s 3-point seatbelt. See the video below on how to install the Izi Combi X4 in forward facing:

HOW TO REMOVE AND WASH THE BESAFE IZI COMBI COVERS:

The covers can be removed and washed, however, they are tricky to remove and replace. Fortunately, summer covers are available which not only protect the textiles but they also make it easier to peel the summer cover off to wash. Remove and wash the covers as per the user manual.

This video below of the Izi Plus demonstrates similar removal of the Izi Combi cover removal:

HOW LONG CAN BESAFE IZI COMBI CAR SEATS BE USED FOR?

Although European car seats do not expire, BeSafe recommends that their harnessed car seats (including the BeSafe Izi Combi Car Seat) not be used for longer than 7 years, provided it has not been in a crash. Due to ageing, the quality of the material may change as the seat ages.

WHAT IS THE WARRANTY ON THE BESAFE IZI COMBI?

The warranty is 1 year on the BeSafe Izi Combi seat and 6 months on the fabric.

BeSafe is well supported in South Africa, with the local importer situated in Johannesburg. They have the tools and spare parts to carry out any repairs.

IS THE BESAFE IZI COMBI COMPATIBLE WITH MY CAR?

In order to install the Izi Combi in rear facing, it requires isofix and no underfloor storage compartments. A rear facing car seat must never be installed in front of an active airbag. Click here to check if your car is on the approved fit list:

WHAT ARE THE DIMENSIONS OF THE BESAFE IZI COMBI?

Where is the Besafe Izi Combi Manual Found? The manual is conveniently stored in a pocket at the back of the seat (just below the BeSafe logo), so it doesn’t get lost.

The BeSafe iZi Combi is a comfortable car seat for your child, and it offers good safety in rear facing. As it has not been independently crash tested in forward facing, we do not recommend this mode of installation. However, it is useful to have the option to install it with seatbelt if your secondary car does not have isofix or for occasional use in a grandparent's car or Uber.

Precious Cargo is a proud distributor of BeSafe products in South Africa. Feel free to contact us for more information or to arrange a fitting.